These days there’s no getting around it. When it comes to cars, we live in era of big. Big horsepower, big cars, big fenders and big wheels to fill them up. Where a 20-inch wheel was once outrageous enough to be name-checked in rap songs, these days that size is standard equipment on many different cars. 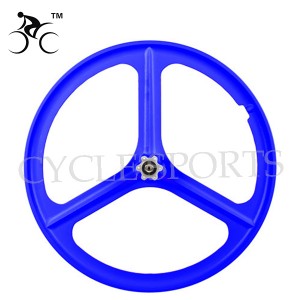 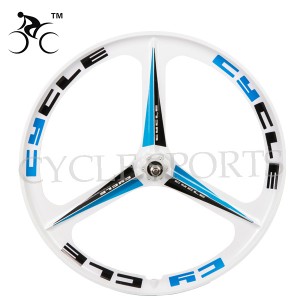 Yet even with the increasingly large wheels that come on today’s cars, there are some enthusiasts that have taken to swapping out their large factory wheels for aftermarket setups of a smaller diameter.

While this is often done by drag racers when temporarily fitting slicks or drag radials at the the strip, lately there have also been people downsizing their wheel setups on both track cars and daily drivers as well.

Whether you are looking to reduce unsprung weight, get a bigger sidewall and a more comfortable ride or appreciate the aesthetics of smaller wheels and larger tires, there are plenty of reasons to consider this. So with that in mind we’ve gathered up five examples of modern performance cars that are candidates for downsized wheels and tires.

These days, 20-inch diameter wheels and larger are common on many dedicated performance cars, but 10 years ago when Nissan debuted the R35 GT-R, its 20-inch wheels were considered quite exotic. So naturally as enthusiasts began to race and modify the high tech GT-R, many swapped out the factory wheels for smaller replacements when it came time for track use—although it should be said there are a lot more track-focused 20-inch tires available today than there were a decade ago.

While a GT-R is a car that’s large enough to pull off 20-inch wheels without looking strange, the GT3 race version of the GT-R rolls on 18s with meaty tires and looks quite good while doing it. Downsizing the GT-R’s wheels might not be common, but it’s certainly worth consideration.

Like the GT-R, the Chevy Camaro’s factory-equipped 20-inch wheels seemed huge when the concept car-looking fifth gen model debuted for 2010 but have since become much more accepted in the community. That’s not to say that late model Camaro isn’t a candidate for some downsizing though. For example, check out this fifth gen SS we found where the owner swapped out his 20s for a set of 19-inch BBS wheels with larger sidewalls.

Or if you want to see another example of 19s working on the new Camaro, just take a look at the current track-focused ZL1 1LE, which features 19-inch wheels rather than the larger 20s that come on the rest of the V8-powered Camaros.

A 17-inch wheel is another size that was once considered aggressive on small cars but is quite mundane by today’s standards. However, when you are talking about a car as small as the Ford Fiesta ST, a factory-equipped 17-inch wheel is still rather large. That’s why it’s not surprising to see that some Fiesta ST owners have removed their 17s and replaced them with smaller 16-inch and sometimes even 15-inch setups.

Not only does this allow for a number of extremely light, small diameter aftermarket wheels, but it also allows for a lot more sidewall cushion on a car that is known for having a rather choppy ride on its factory 205/40/17 tires. We also happen to think think an ST on some 15s or 16s with meaty rubber looks rather cool.

Of all the cars on this list, the modern Dodge Challenger is the one where a set of factory 20-inch wheels don’t seem large at all—mostly because the Challenger is such a large car to start with. But that’s not to say that the modern Challenger doesn’t look cool with less wheel and more sidewall. In fact, it’s retro styling lends itself very well to the old school fat tire look and we’d like to see more examples dropping down to 18s with big rubber.

As further evidence to how good the modern Challenger can look with small wheels, we present the 2018 Challenger SRT Demon, which looks positively mean with its factory-equipped 18-inch wheels and big fat tires.

Last but not least, we arrive at the car that may be calling out for downsized wheels more than any other—the FK8 Honda Civic Type R with its factory-equipped 20-inch wheels and tires.

While the current Civic has grown much larger than past models, the idea of compact car with OEM 20-inch wheels is still pretty extreme—especially the ultra low profile 245/30/20 tires the Type R comes with.

It’s not surprising then to hear that most people who modify their Civic Type Rs usually have smaller diameter wheels at the top of their to-do list.

If you’d like to find out more about the benefits of swapping out the Type R’s stock 20s for something smaller, you can check out our detailed experience with our own FK8 project car.

Continue on to reading this issue and look for links to the latest issues, straight to your inbox, as soon as they’re released!

Driving Line accelerates automotive passion by providing a fresh angle of what fuels us. Recognizing that every individual’s motoring journey is unique, we seek to give form to both untold as well as celebrated facets of the automotive world. We invite you to get behind the wheel with us, it’s certain to be an interesting drive.